The prebiotic oligosaccharides in the digestive tract also absorb water; this water is used to make the stool softer and make it easier to pass for the infant. However, the digestion benefits do not stop there. Prebiotic oligosaccharides have also shown to promote the maturation of the gut and immune system, maintain colonic health, improve the gut barrier function and increase nutrient absorption.

The tremendous amount of benefits delivered by prebiotic oligosaccharides are of incredibly value for parents with infants who have trouble digesting their cow’s milk formula. Goat’s milk formula should therefore definitely be considered if you decide to use formula for your baby or toddler.

Goat’s milk contains some nutrients that may aid in the treatment of clinical disorders relating to digestion. Some of these nutrients are the medium chain fatty acids, which have been associated with colonic health.

The presence of lipids in formula cannot be underestimated either where digestion is concerned. Compared to standard cow’s milk, goat’s milk contains more phospholipids (approximately 20% of the total fat content). Phospholipids are building blocks for the cell membranes and have also been linked to brain development. However, phospholipids contribute to good digestion as well, since they reduce the risk of inflammation and gastrointestinal disease.

Other Benefits Linked to Goat’s Milk

Easier digestion is just one of the many benefits goat’s milk could deliver. In addition to the presence of specific proteins, prebiotic oligosaccharides, medium chain fatty acids and lipids, goat’s milk is also known for its high levels of vitamin and minerals compared to standard cow’s milk.

Goat’s milk can be a great source of vitamin A, since goat’s milk contains 46% of this key vitamin than standard cow’s milk. Vitamin A is an umbrella term used to describe the biologically active compounds that are present in plants and animals. Vitamin A is a crucial vitamin for the growth and development of your infant, since vitamin A plays an important part in bone growth, reproduction and even the health of the immune system. Vitamin A can also protect the general health of your skin, because this vitamin helps the skin and mucous membranes repel bacteria and viruses. Vitamin A is also an important building block for vision and vision development, so the presence of this vitamin in formula cannot be underestimated. 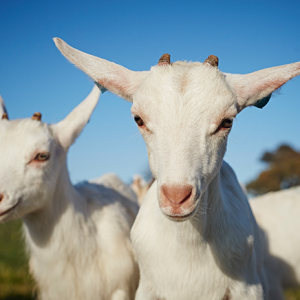 Goat’s milk is also a great source of magnesium, since goat’s milk contains approximately 33% more magnesium than standard cow’s milk. Magnesium is quite the versatile mineral, since it has been linked to the regulation of the muscle and nerve function, the hearth rhythm, the immune system, blood sugar levels and even blood pressure.

Vitamin C is another vitamin that is more present in goat’s milk than standard cow’s milk, given the fact that goat’s milk contains 37% more of this key vitamin. A recent study published in Seminars in Preventive and Alternative Medicine looked at more than 100 studies executed over a period of 10 years. The study revealed a growing list of benefit of vitamin C, which could be of tremendous value for children as well as adults.

Even though vitamin C has mainly been mentioned as a contributor to the growth and development of children, it does provide some additional benefits that have been discovered by the study. In addition to growth and development, the study indicated that vitamin C has a positive influence on immune systems weakened by stress and proved useful in the prevention of serious complications caused by a common cold.

In conclusion, the large amount of vitamins, minerals and other important nutrients make goat’s milk one of the most interesting formula choices on the market today.