Discover the Benefits of Goat Milk Formula for Reflux

Some babies have sensitive tummies, which makes it harder for them to keep certain formulas down; this could be the case with cow’s milk formula. For these children, goat’s milk formula could be a suitable alternative. To find out why goat’s milk formula is a great choice for children with reflux or other digestion-related issues, please read the information provided below.

Why Could Goat Milk Formula Be Better for Children with Reflux?

The curd that gets formed in the stomach of children on cow’s milk formula can be quite bothersome and hard, making it more likely the child will suffer from reflux. However, goat’s milk formula forms a softer curd when it enters the stomach, which could have a positive influence on children who are prone to reflux problems. 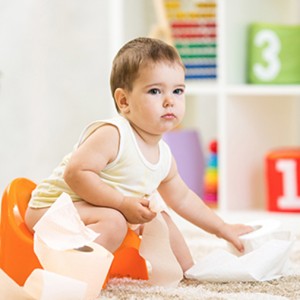 Which Goat Milk Formula Brand Is Best for Children with Reflux?

Parents can gain many benefits from choosing Oli6 goat’s milk powder over other baby formula brands. One of the additional benefits is the fact that our formula is manufactured in Australia, so parents can always get a continuous supply of formula for their little one.

Should I Switch from Cow’s Milk to Goat’s Milk Baby Formula If My Child Suffers from Reflux?

Many parents decide to make the switch from cow’s milk formula to our goat’s milk powder. Of course, the final decision is down to the parents. Pros and cons of switching formulas must be considered too, since switching formula for babies is only recommended when there is a medical reason to do so.

Reflux could be a reason why parents switch to our Oli6 goat’s milk powder. However, there can be additional reasons for parents to say goodbye to the formula for babies they are currently using. Their child may be experiencing cramping due to their current formula, or they may even have problems digesting it properly. With the high levels of prebiotic oligosaccharides inside goat’s milk powder, the problem belongs in the past.

Is There Anything Else I Can Do To Prevent Reflux in My Child?

Reflux is an extremely common problem amongst babies, so there are some tips and tricks out there you could try aside from switching to a better formula.

During a feed, make sure you burp your baby regularly. Burping your baby several times during a feed gives the formula more chance the reach the stomach area and it reduces the chance of overfeeding your baby.

After you have finished a formula feed, ensure you keep the baby in an upright position for thirty minutes. Babies who are prone to reflux could benefit greatly from this, since it gives the formula more time to settle in their tummy, reducing the chance it comes up again.

Where Can I Find More Information About Oli6 Goat Milk Formula and Its Benefits for Acid Reflux?

Parents can read up on our goat milk formula on the Oli6 website. There are several information pages available, which explain the benefits of Oli6 infant formula in more detail.

Do you have a specific question? Get in touch with Oli6 through our Facebook page! We will be more than happy to assist.