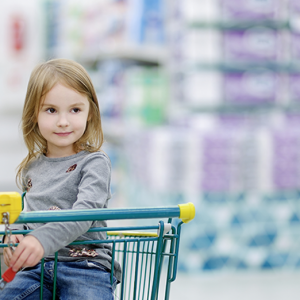 How Do Manufacturers Of Natural Goat’s Milk Formulas Avoid Additives?

The principle of natural goat’s milk formula is quite straightforward. To make a natural formula, manufacturers will take advantage of the benefits that are already present inside goat’s milk. To illustrate how this works, we have provided some examples below.

In addition to prebiotic oligosaccharides,  goat’s milk is also source of phospholipids. Phospholipids are compounds known to contribute to functions such as brain development. They also reduce the chance of gastrointestinal infections. Since these phospholipids are also present, manufacturers do not have to add  artificial compounds such as fish oil.

Another example of how goat’s milk formula is kept natural can be found with nucleotides. Nucleotides are known to contribute to cell development and cell regeneration, which makes them important for a child who is growing and developing. Once again, goat’s milk contains these compounds naturally, so they do not have to be added artificially during the manufacturing process.

What Are The Additional Benefits Of Natural Goat’s Milk Formula?

Not many parents are aware of the fact that goat’s milk shares a lot of similar qualities with human milk. As a result, a lot of parents end up with goat’s milk formula for mixed feeding purposes.

Human milk and goat’s milk also have prebiotic oligosaccharides that are structurally closer to one another. Add to that similar levels of phospholipids and nucleotides, and you have a great option for mixed feeding.

Mixed feeding is a feeding process used by parents who cannot provide enough human milk; e.g. the mum does not have sufficient human milk for the child. When this happens, a medical professional could recommend a combination of human milk and goat’s milk formula to ensure the child has sufficient nutrients for proper growth and development.

Human milk is always the best choice for a growing baby. If you are unable to provide enough human milk, it is recommended to visit your child’s paediatrician or a midwife to get some tips on mixed feeding or other alternatives.

Why Are Many Parents Now Choosing Natural And Organic Formulas?

There are lots of reasons why parents prefer natural these days, but one of the most prominent ones is probably a growing awareness of the foods we consume and the ingredients it contains. Some children are also more sensitive to additives than others, so parents are looking to avoid such reactions by looking at more natural formula options.

Parents can choose from a variety of natural formulas these days. One of our recommended natural formulas is Oli6 Dairy Goat Formula. Our Oli6 formula takes advantage of the natural goodness of goat’s milk, enabling your child to benefit from its natural ingredients.

Want to learn more about Oli6 goat’s milk formula? Head over to our information page on www.oli6.com or join the Oli6 Facebook and Instragram community for news and additional info!