Why Is Oli6 One of the Most Reputable Goat’s Milk Formula Brands for Natural Infant and Baby Formula?

This because our formula takes full advantage of all the natural benefits of goat’s milk. So, if you believe organic goat’s milk formula is better than natural formula, be sure to read our information below to find out that is untrue!

What Is the First Reason for Oli6 Goat’s Milk Formula’s Popularity?

Natural prebiotics are scientifically proven to aid gut health and digestion, an extremely important benefit for young infants. Digestion-related problems are quite common in young children; this is caused by either an underdeveloped digestive system or sensitivity to certain substances. With the high levels of prebiotic oligos inside goat’s milk, goat’s milk formula could be the solution for infants who regularly suffer from digestive distress.

One of the functions performed by natural prebiotics is the growth of healthy gut bacteria in the gastrointestinal system. Prebiotic oligosaccharides are actually food for these bacteria, enabling them to multiply and contributing to better digestion.

What Is the Second Reason for Oli6 Goat’s Milk Formula’s Popularity?

There are loads of similarities between Oli6 goat’s milk formula and human milk; this is another contributor to the popularity of Oli6 Dairy Goat Formula. When a mum cannot breastfeed her child for a medical reason, she wants to find the best alternative possible. In most cases, Oli6 goat’s formula can provide that alternative.

The similarities between goat’s milk and human milk are almost endless. Since certain proteins are harder to digest, a protein structure closer to human milk can certainly prove good for digestion.

Another similarity between human milk and goat’s milk is the amount of phospholipids. Phospholipids are vital for the cell structure, since they form the lipid bilayer of the cell membrane. They also contribute to functions such as brain development and reduce the risk of gastrointestinal infections.

The similarities do not end there though, because human milk and goat’s milk have similar amounts of amino acids. Amino acids are used to build cells and countless other structures inside the human body. With levels similar to human milk, children are not going to be short of amino acids with Oli6 goat’s milk formula.

What Is the Third Reason for Oli6 Goat’s Milk Formula’s Popularity?

Another reason why Oli6 formula is so incredibly popular is the natural composition of the formula. Since fresh goat’s milk contains many key nutrients required for formula, Oli6 requires less fortification of these nutrients

As mentioned before, fresh goat’s milk already contains natural prebiotics, nucleotides, and phospholipids. It also includes essential vitamins and minerals such as calcium, magnesium, vitamin A, and vitamin C. 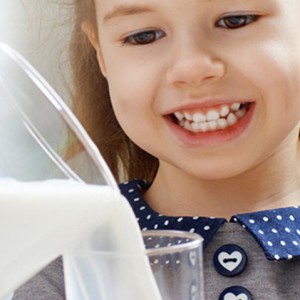 What Is the Fourth Reason for Oli6 Goat’s Milk Formula’s Popularity?

Parents can easily get access to their required supply of Oli6 goat’s milk formula. Firstly, parents can acquire Oli6 formula online, since all Oli6 formulas are available in our products section. Secondly, our formula can be obtained from various pharmacies across to country. To find a pharmacy near you, simply enter your postcode in the store locator section on the website.

Do you have a question about Oli6 formula? Or do you want to find out the latest news about our Oli6 formula? Join the Oli6 Facebook community today and stay up-to-date with the latest Oli6 news. Of course, you can also ask your questions on Facebook and a member of our team will be happy to provide you with more information.